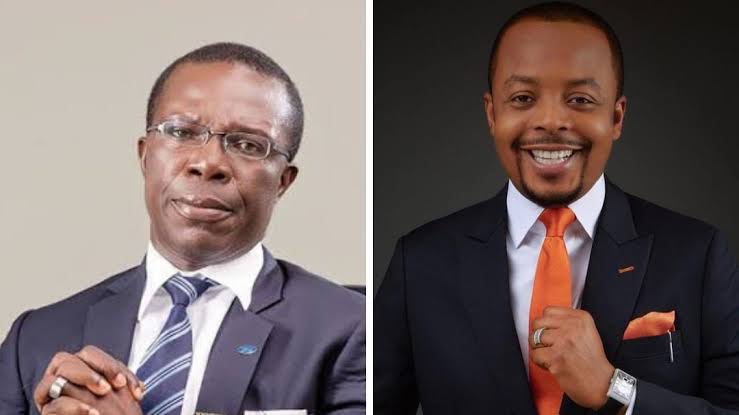 One of Dr Cosmos Maduka's mentees, Dr Ugochukuwu Stanley rose to become one of the youngest billionaires in Nigeria. What did he do differently?
He wanted to be successful badly till he always goes anywhere Dr Maduka will be present. Each time they met, he will always give Dr Maduka a gift.
This made this Billionaire astonished because his attitude was different. Why does this young man always want to give him a gift?  This thought kept troubling him.
One day, they met again. Dr Stanley stood in the public glare and asked Dr Maduka to pray for him. While He prayed, Dr Stanley slipped 50,000 naira notes into Dr Maduka's pocket.
At some point, Dr Maduka took this young man around to show him his investments so that he won't bother to give him money anymore, but that didn't stop this man. He was not disturbing him for money. They became friends.
One day Dr  Stanley needed a recommendation to collect a facility from a bank. He needed Dr Maduka's recommendation. Instead of Dr Maduka giving him a recommendation, he gave him a loan of 150 million naira directly without any agreement, without any interest which he faithfully paid back after one year.
If Dangote was to come to your community today, most people's first expectation will be him sharing money with everybody. Only a few people will think of what they can do for him. Only a few will think about a relationship.
When people consistently add value to your life and you find it working, it is very necessary to check up on them, appreciate them in kind and cash, be involved in the things that concern them, be in their life, pray for them and recommend them to as many people as possible. A lot of people don't know this. A few that know still drag their feet in implementing them.
Your goals are tied to these people. You must make sure they stay healthy by supporting them. Eating from them and running away won't help you because if they quit, you won't get anywhere with your goals. If they cut you off, you won't go far.
Yes, they are not God to determine your fate, but God has handed your success to them to nurture and bring them to reality.
I have seen people make great moves, become influentially strong to a point they felt their mentors were not relevant anymore. But I've seen these same people crumble immediately after they cut off from their mentors.
I have seen people who became famous drop down to the ground because they were ignorant of how to be a part of their mentor's life.
We come from the part of the world where people expect more from their mentors. People believe their mentors should look after them and not them looking after their mentors in return.
Now that you know, do differently. Act differently. Carry a different perspective.  Be a part of your mentor's life. Be interested in what concerns them. It could be showing up on their birthdays, giving them a surprise gift, showing up for their family.
This is a great secret to achieving your goals.
What will you do when your mentor, coach, or influencers  are  celebrating what means so much to them.
Post a comment to share your thoughts.
Category : Goal Setting Motivation
PreviousHow To Get A Lot Of Work Done In A Short Amount Of Time
NextRemain Enthusiastic Throughout Your Journey.