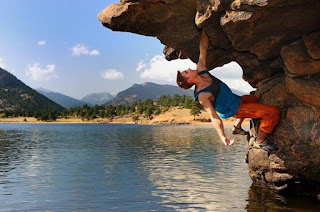 One of my goals this year is to write extensively on goal setting. When Leader Mute Efe initiated the "#12weekchallenge﻿﻿", I saw it as a great opportunity. As little as the registration fee was, I did not have it. In fact, that period was the driest since this year began.

On April 1st, I had no option but to contact Leader Mute Efe. I told him I was really interested in the challenge, but at that moment all doors were shut. I promised to join as soon as I get the fee.
He was gracious. He told me to go ahead and fill the form. That reply was surprising and heartwarming. It was at the beginning of week three I raised the money and paid.
I just couldn't picture myself achieving my goal for the year without the twelve-week challenge. That was why I went straight to level three without a second thought.
In week two, the fun of the challenge started playing out, ideas were flashing like lightning. I planned to write six articles, but Malaria/typhoid struck me. I couldn't write six articles as planned, but accomplished my "three posts a week goal". My ill health inspired me to write "complete your dosage".
In week three and four, the pressure from my workplace was much. In those two weeks, I sat at work from morning till closure without getting up from my seat. This pressure spilled over to the weekends.
But somehow I accomplished my "three post a week" goal in week three and made four posts in week four.
Usually when you appear always online, people think you do not have other things to do. They think you have enough time, but that is not the true picture. A lot of things happen behind the scene, but determination keeps one consistent to the end.
"I believe success is achieved by ordinary people with extraordinary determination". Zig Ziglar
Wikipedia defines Determination as "a positive emotional feeling that involves persevering towards a difficult goal in spite of obstacles. Determination occurs prior to goal attainment and serves to motivate behaviour that will help achieve one's goal".
The twelve-week challenge is a difficult goal, but it's possible to achieve it. One needs firmness of purpose to reach the end.
In order to achieve your goals, you must be determined to make your goals work, be determined to do what it takes and be determined to fight laziness.
If I was not determined, you would not have read this piece today. I can inspire you but determination is your personal responsibility.
Category : Goal Setting Motivation
PreviousFor By Strength Shall No Man Prevail.
NextWhy Do We Need An Action Plan?