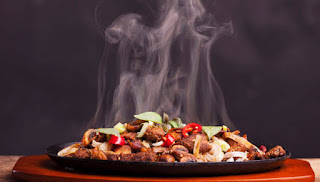 My brother kept posting online and yet nobody seemed to react or like his post.
He kept on posting every day.
At a certain point I became concerned, but one day somebody met me offline and asked me about my brother and mentioned all his online posts.
I was so surprised to hear this from him. In my mind, I said, "So you have been following his post yet you didn't comment?"
After several months of posting consistently, people started contacting him via inbox including those who have been in the system before him. They wanted to see his strategy and how well it worked.
Fortunately, he was doing quite better than them and they had to pay him for tutorials. He made a fortune from his lessons.
That he was not getting any likes or comments did not mean people were not seeing his posts.
Especially on your timeline, many people will always discourage you by reading and passing their way. That is why it is advisable to find a group that shares the same value as you. They will encourage you to push on.
Even in groups where common values are being shared, that reading and passing habit is still there. You've got to brace up and keep serving it hot.
Feedbacks are sweet especially the positive ones. They gear us up to do more, but sometimes they do not come as expected.
Most times as writers, inspiration burns in our heads like fire. This would make you think that people will respond automatically. The reverse becomes the case when you post it.
A lot of people have given reasons why they do not want to engage in other people's posts. I don't have issues with that, but these same people will be heavily depressed when no one engages in their posts. That is a discussion for another day.
Don't quit posting, don't quit serving value, don't throw in the towel. Whether they comment or not, your brand is being publicize. One day somebody will recommend you.
Your post is not getting the number of likes and meaningful comments you expect, please keep posting. One day people will dig up your post of 2, 3, 4 years ago that had no comment or likes and make it so new that you would be amazed.
I just feel this message will help somebody.
Category : Motivation
PreviousStudy The Pattern And Look For The Right Formula.
NextHow Do You Do Self Adjustments In Your Everyday Life?