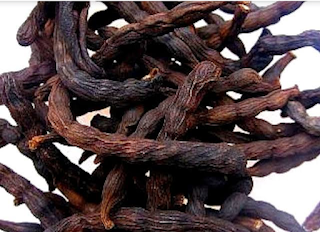 In my previous post, I discussed on how Castor seed could be used to prevent pregnancy for a whole year.

But today,  I will be talking about another natural family planning recipe called Uda water.

Uda water has been reported to have prevented a lot of pregnancies in the past.

Though many couples have abandoned this recipe with the advent of the western contraceptives, many are gradually going back to them because they're nearly harmless unless you have an underlaying condition like ulcers.

Many married women in various DIY groups have attested to the fact that Uda water acts as a natural contraceptives when taken before or after sex.

Get large quantities of uda (Negro pepper) and boil with about 50cl of water for 4 minutes.

Allow to cool and then empty into a container with lid.

Store in a refrigerator.

Take one glass of Uda water before and immediately after sex.

If the above recipe doesn't seem to work for you, kindly use the next recipe I'm about to share below.

This is called ogogoro pepper soup.

POUND THEM ALL & ADD DRY GIN.

DOSE: A SHOT BEFORE OR AFTER LOVE MAKING.

Disclaimer: This recipe is specifically for married couples and not for singles.