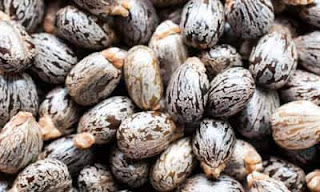 Artificial Contraceptives have been reported to come along with many side effects. Many people have resorted to other means of family planning.

Before the Western contraceptive pills were introduced, other family planning methods existed and has been used for donkey years around the world.

Today, I want to expose you to a very important seed you never thought could prevent pregnancy for just a year by swallowing a single seed.

From my little survey in two different DIY of over a million members, many have agreed to have successfully used Castor seed for family planning.

Yes. Swallowing one seed  with water just like you take other drugs is capable of preventing pregnancy for 12 months depending on your system.

The outer coat should be removed before swallowing.

Just like any other drug will be harmful when taken overdose, castor oil seed can be harmful if taken more than expected. The seed shouldn't be chewed.