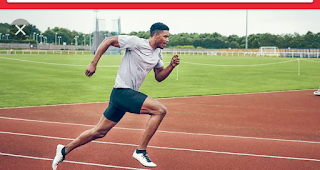 It came to a point in Jim Rohn's life that he couldn't buy common candies.
The day he couldn't buy  candy from a  little girl, was the day it  done on him to  look out for more.
He even lied to this girl in order  to get off the hook. But, did his lie change his reality? No.
He went home and cried. He told himself the truth and promised himself he'll never live such a broke life.
He was so broke that his borrower drilled all his confidence, self esteem and self worth. He threatened to embarrass him before his family, before his church and workers.
He had a family to cater for and things were all tumbling flat until the day he resolved to change.
His empty pocket motivated him to change. He worked harder and smarter. He got himself a mentor.
His mentor told him he could guess his account balance base on how he lived his life which he did and Jim was stunned.
Previously he had this long list for not doing well. He blamed the government, he blamed his relatives for not supporting him, he blamed the newspaper and this circle continued until he resolved to change.
His mentor had to get all of this trash from him and gradually he came up the ladder.
Today, he is still one of the most  renown Personal development coach.
His empty pocket  made life so unpleasant for him till that became his motivation.
Now look at your life. Do you want to remain that way? Everyday embarrassments come from left to right.
If it isn't money, it might be family, poor performance, it might be relationship, it might be barriers to effective communication.
Don't tell me you enjoy them 'cos I know very well you don't.
One of my neighbours once said the day she becomes wealthy, she'll put money in the mortar and pound it for stressing her all these years.
But can she do this by making  wishes? No.  Wishes has never put food on  tables.
Back to Jim Rohn. When he had worked so hard and improved greatly, along came two little girls with candies one fateful afternoon.
He wanted to prove to himself that he had changed from what he used to be. He did not just buy one candy, he bought all the candies these girls were selling.
The memory of that ugly incidence lived in his mind throughout his lifetime. That was his motivation.
Jim Rohn will always say the worst thing is for one to be broke and stupid. Find a way to know. Get all the necessary skills to get that challenge off you.
Resolved today to turn all your challenges to motivation. Complaining won't take you anywhere.
Category : Motivation
PreviousI can’t smell or taste anything.
NextLas Las School Na Scam