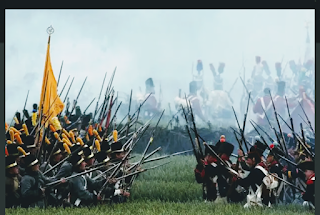 The bible says if a fool can control his lips he’ll be counted among wise men.
Following impulse at the moment is very dangerous.

There’s a lot one can learn from children. When a child is among his fellow kids that bully him, he acts very vulnerable but not in the presence of his parents. Once his parents come on the scene, they become lords because they know that those bullies won’t do them anything.

I like seeing wildlife documentaries.
I discovered one of the strategies the lion uses…Though he is the king of the forest, there are times he has to run for his life, there are times he has to wait for the right time, there are times he’s got to act swiftly.
Along comes a big buffalo. The lion goes after it. The buffalo in an attempt to defend himself follows hard at the lion… The Lion runs away…
The buffalo thinks he is a hero… He’s got the guts to pursue a lion… He’s proud…
While he turns to leave, the lion follows hard at it having a target in mind.
The buffalo only charges without any target. The lion will always pretend to run away and come back whenever he turns back.
This continues until the lion gets it. He remains the king of the forest not only because of strength and mastery but because of wisdom.

While drinking water, the crocodiles were underneath… Timing him…
As he drinks and forgets himself… May be thinking “after all I am a king. Who can challenge me?”

While drinking, the crocodiles got him on his neck… dragged him further into the swamp… His strength failed him ‘cos this was not his ground… He is a king in the forest not in the swamp… Remember He has no balance in the water…..

There are fights you avoid, there are fights you stand your ground. There are some battles you may win but it may cost you your whole family. At the end of the fight, the people you’re fighting for have all gone and you’re left alone.
What you tried to protect gets lost…..

Before taking any action, first consider the cost, the outcome, what you’re going to lose, and what you are going to gain before embarking on any serious fight. Remember it is not whether you’re right we are talking about but, rather whether what you are fighting for is worth fighting for.

Both of them beat this lady in her car and left to go. They thought they had taught her a lesson not knowing she was a devil in the skin.

Out of anger, she slammed her car door and zoomed off with full speed, and ran over the pregnant woman.

Firstly, she wasn’t wise to have fought with that pregnancy. If she had avoided that fight, she wouldn’t have lost both her life and the baby. She acted too much on her impulse.

Be it as it may, the pregnant woman lost her life for lack of wisdom.

The bible says wisdom is the principal thing. Choose your battles wisely.

Have a nice day!