Sometimes a simple sense of humour, smile and laugh can solve your problems
John Ukpanukpong
July 26, 2018
2:56 am 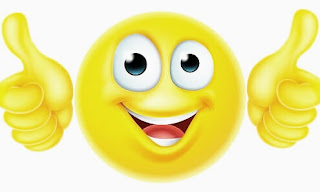 My colleague told us of a life story of an arm robbery attack in a certain compound.


Arm robbers came into one of the tenants house and ask all of them to lie down. They were also kids there and they joined their parents to lie down.

One of the arm robbers took the father of the house into the room to get the money they demanded while one remained in the parlour.

The two kids that were left in the parlour kept on burying their heads. All of a sudden one of them was trying to look at  the arm robber's face. The smaller kid raise his hands up and said " excuse me thief, my brother is trying to look at your face after you ask us to bow our heads.   The arm robber could not help but burst into laughter. He call the other arm robber that went into the room to come back. As he came back he told him what the small kid said. They too laugh very much and did not rob that house again. All tenants in that compound were robbed except for this tenants whose kid turn the whole show to comedy.

After the arm robbers had gone. The rest of the tenants who were robbed came out sad  but were immediately turned into laughter when the parents of the little child explained their story of the attack. Click here to read: reasons why the people you love most hurt you the most

What I learned from this story was that we don't have to take life always too seriously. It's good to relax and have fun. Most times our problem can be solved by simply smiling, laughing and making joke out of them. Remember what happens has little to control you than how you react to them. Our attitude is what will determined our level of success and gratitude.

Be happy for who you're now. Sit down with your love ones and have fun. Not every time you'll be busy with your work. All work and no play make jack a dull boy.

you can also read:

Sometimes you have to get closer in order to get the real picture.
Category : Motivation
PreviousDownload Harper’s Illustrated Biochemistry 31st Edition pdf free
Next6 Reasons why Nobody is too busy