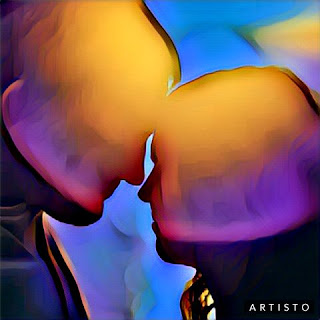 
1. Distraction: Premarital sex is one of the major distractions to adolescent. Instead of them concentrating on how to better their future, they look for ways to please their boyfriends and girlfriends. They can abadon anything else to accomplish this futile goal. I've seen countless intelligent boys and girls who tend to have bright futures heavily distracted by premarital sex. Anxiety, depression and breakup from relationships can lead a girl or a boy to fail their exams.

High level of dedication is needed during studies. When this is not done, students eventually fail as a result of not being serious. A lot of students spend ample time chatting, visiting their sexual partners even when they have exams. This affair becomes their priority. Anything else becomes secondary. The repercussion of all this is failure, disgrace and waste of time and resources. Focus is very integral. When we lose focus, we lose our dreams.

2. Sexually Transmitted Disease: Though there is a widespread enlightenment about STDs, many people still go ahead to have premarital sex. They've provided a temporal relieve by saying "use condom"  but how many of them use condom? If they use condom why is STDs increasing everyday? That is why the safest method is total abstinence.
Though some married people still contract STDs but you will agree with me that unmarried ones are the severest victims. All STDs will either cut your life span short or make you impotent. Why do you want to cut your life span short when lifes itself it's too short. Think twice man! Nobody has ever bargained for these wicked diseases but you attract them when you have  unprotected premarital sex.

3. Unwanted pregnancy/ Abortion: Statistics have shown clearly that many teenagers who had unwanted pregnancies aborted them. Having a baby without planning for it can cause mental, social and emotional stress. Those who had once committed abortion stand a chance of not getting pregnant when they want to. They also stand at a very great risk of losing their lives  in the process of abortion.

Another danger of unwanted pregnancy is dropping out of school.  Those that are able to bear the stigma of premarital pregnancy will end up not fulfilling their dreams. A student in secondary for example, may not be allowed to continue schooling with pregnancy.

Unwanted pregnancy can lead to by force marriage. The two partners in crime are forced to marry each other. Many chances are they were just infatuated with one another. They never had genuine love. I guess you can figure out what happens when couples are not in love with one another under the same roof.  Another thing that happens is early exposure to family reponsibilities. Whether you like it or not you have given birth. You must take care of your child. Because of this anomaly, most children suffer from malnutrition, negligence and exposure  to sexual abuse.

4. Exposure to demons: One of the greatest tools demons used to track down great men  is sex. Many dreams have been laid waste through sexual intercourse. A lot of people have been used for one ritual or the other simply because they could not resist the bait associated with sex. Be contented with the little you have! Men of God are rendered powerless, men/ women of virtue and bright future are being truncated. Don't take this lightly because devils don't take it lightly.


Demons, devils, sorcerers, witches and wizards know this principle and that's what they work constantly with. Why not repent and stay away from their  ground. Moreover, sex outside marriage is  sin and when you sin,God takes His eyes off you thereby exposing you to the torture of the devil.

Enough is Enough for the wise!
If you have other point to contribute do so by commenting below
Category : Motivation Premarital sex
PreviousReasons why you shouldn’t enable https on blogger custom domain
NextReasons why the people you love most hurt you the most.