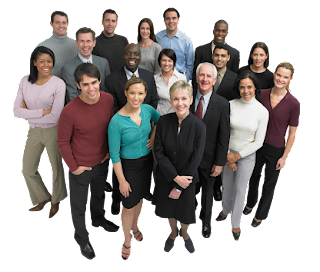 Have you ever wondered why some
people can cope with anybody in this world without a problem and some cannot? Yes, it is quite obvious that some people's behaviour is toxic, stinking, and unwelcoming but people still flow freely with them as they never noticed their flaws. One thing   I've come to realize is when two people with ego meet, they can hardly cope with themselves for the reason being that nobody wants to pipe low for the other.

Today I'm going to share a few tips that will help you cope with anybody. Let's get going.....


2. Take people the way they are
If the person you are dealing with is an adult then, there is little you can do to change his or her behaviour. It will take a conscious deliberate effort for an adult to change his/her attitude. So, why kill yourself trying to change them. A little child can be changed gradually with time if you're persistent but never try to change an adult rather accept them the way they are. This will save you from headaches and heartaches.

When people know that you're always upset with a particular behaviour, they'll keep doing it. Since you know they'll always do that, why not accept them that way without surprise.

3. Know their dos and don'ts
We are living in a world where everybody has their boundaries. Know your boundary in any relationship and respect them. Don't just do anything, anyhow. When you associate with people, try to know what they like and what they don't and stay within that confinement. Your manner of speech, mode of interaction, respect, etiquette, sense of humour, a few but to mention should also be within the boundary allotted to you. When you visit homes, endeavour to know their dos and don'ts to stay without a problem.

4. Tolerance
You've got to learn the art of tolerance. You must not answer everything people say. Sometimes, silence is the best cure for some category of people. Give room for people's mistakes because no one is immune to mistakes. As humans, once in a while, we become highly intolerant. Tolerance is what you have to practice. There are things you just need to smile over and go your way. If not for anything else, for the peace of mind it will afford you. Now, I do not mean you should completely be tolerant but, take action only when necessary. When you worry yourself much, you're indirectly cutting down your life span.
5. Accept Criticism
Honestly, it is very painful when you're doing your best and all you could get is a truckload of criticism. From today, start accepting their criticism. Before they even start to criticise you, ask them for criticism. Use their criticism to work on yourself. Let this be your prayer point. As the day goes by, you'll see yourself becoming better and better.
Click here to read more on how to react to criticism

Category : Motivation
PreviousWhat you need to do as a fresher to come out in flying colours
NextHow to Calculate your GPA and CGPA