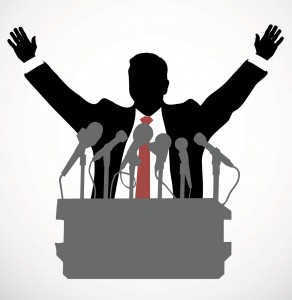 Many spent a number of years to get admission but later find themselves in a shape that they didn't bargain for all in the name of Student unionism/Politics. Only a  selected few come out knowing their onion.  Some  used unionism as a stepping stone to circular politics others losed focus and fell by the way side.  They are many benefits of unionism and many dangers attach to it.    Today, I am discussing  the good aspect and the bad aspect  of school politics.
Let's get going.

I'll start with the advantage

Public Speaking
Public speaking is one the greatest benefits of unionism as this gives you the opportunity to meet people and express yourself. You'll attend various congress meetings and address people. Good rapport can be formed during campaign period because this goes a long way to give you a popular vote. Stage fright can be easily tackled because you'll be given a plethora of  opportunities to speak in forums and also interact with new people. Apart from few courses like Mass Communication where you will  be required to speak in public, the only time you will be required to speak in public is during seminar presentation and project defence. This politics creates a platform for public speaking.

Leaves footprints
Many  leave the school without the leaving a legacy behind. The memory of higher institution politicians always remain fresh in the institution especially those who did remarkable things before graduating. Their works speak even in their absence.

Let's look at the disadvantages

Lack of Concentration
Congress meetings and other meetings related to the union are held irrespective of the timetable invariably, meaning that  you may not be able to attend all lectures. There's also a fine for being absent. Because of this, members are try their best to be present irrespective of their lecture schedule. A certain CGPA is set for those who aspire to join unionism so that they'll be able to balance up when the storm comes. Most of them end up looking out for ways to bribe lecturers to succeed because they never spent  even a minute with their books. If they don't succeed in this act, they either flunk the course or have poor grade. At the end of the programme they become half baked graduates.

Prone to Cultism
Believe you me, just like the circular politics is rotten, so is school politics. Most Cacaus chieves are cultist and you must consult them before you succeed else your campaign and vote may never stand in for you.  Some require that you be in their cult group before you attend such position. Rejecting the offer is denying yourself the opportunity of winning the election. Only very few persons go into school politics and come out with their hands clean. They highly favour their own. If you aren't a cultist, you aren't part of them

Effective strategies on time management
How to make an A in any course
How to Calculate your GPA and CGPA
Read this piece to stop being a JAMB customer
Simple strategies to raise your kids from backward academic performance to genius
6 Powerful ways to avoid Social Media Distractions
Category : Education Motivation
PreviousHow to make an A in any course
Next6 Reasons Why you’re often feeling hurt