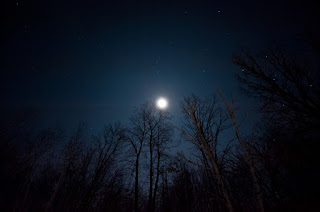 As I slept alone in the dark,
Suddenly my heart became a drum.
My alertness was like that of a lion.
The shelves, wardrobe and tables became  monsters.
But why have they suddenly turn to monsters? I never asked
I saw them trying to hold my hands

I try to ignore but the thought of it kept coming
But why have they changed suddenly?
What do they want from me?
At day time I had freedom,
but at night I wandered away in panic.
At day time I worried less,
but at night I rarely catch any zs
At night I heard footsteps coming my direction
I saw images coming towards me but never came.
Hey! In surprise I yelled.
"They have come again" I thought
Sleeping alone at night was dreadful
One day someone kicked the bucket in my neighborhood.
This neighbour was a good family friend.
But after his death, the thought of him was not friendly.
What on earth can be so tormenting?
Than the fear of the unknown.
I never reason that out
One day I decided to get rid of all the monsters in my house.
I lied down on my bed like a soldier in ambush.
I never saw anything, but the thoughts where coming again.
I took my Barton and stroke the ward rope.
What I saw was my clothes
But I thought I saw someone
But I realize later there was nothing there
Why should the mind conceive a dreadful thing as that?
From then on I knew the unknown monster was imaginary
The fear of the unknown is like an itchy drug
It paralyses even to the bone marrow
Yet it is not in existence
The fear of the unknown is like a troubled sea
Making monkey out of you.
Until one day I realized
That I was the cause of all my torment
I permitted the those thought to take charge of my life
I realized fear of  the unknown was a serial killer
I knew better never to allow it squat in my mind
The fear of the unknown.